Home
\
News on All cryptocurrencies
\
PrimeXBT survey: why financial market volatility is about to return 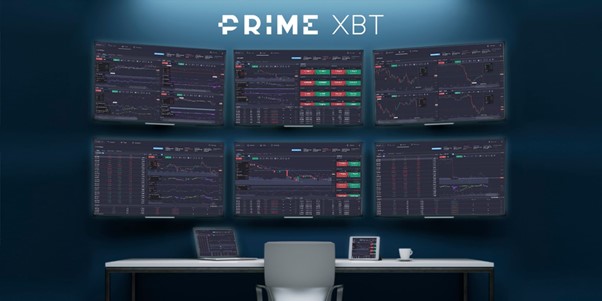 Volatility can be an investor's worst nightmare, but a trader's best friend. During the lull years in the markets, stocks and other assets continually grow at a slow pace. When markets become volatile, they grow rapidly and then come back to reality even faster. It is these moves that can wipe out the life savings of an inexperienced investor. But it is also when traders are most profitable and have more price actions to work with.

PrimeXBT research shows that as the pandemic draws to a close, volatility may remain for years to come. Here's what volatility analysis and market cycles say about the coming years for stocks, cryptocurrencies, commodities, and more.

La volatility, by definition, it is “the responsibility to change rapidly and unpredictably, especially for the worse”. In finance, it more directly refers to the statistical measurement of price movements over any period of time. The more the price fluctuates and the wilder it gets, the greater the volatility.

Cryptocurrencies are subject to extreme price movements due to equally extreme shifts in sentiment and speculation, stocks are traditionally less volatile, as are commodities. Due to the huge trading volume and liquidity of the forex market, it is among the least volatile, which is why leverage is often needed for traders to extract profits.

Cryptocurrencies can increase ROI by thousands of percent, only to decrease by 90% and eliminate most of these returns. Other markets do not behave this way and a 30% move in major equity indices would be considered shocking.

But which of these two scenarios prefers a trader armed with buy and sell positions and create a more profitable environment? The answer is obvious and perfectly explains why volatility is more of an opportunity than something offensive.

Predicting volatility is not easy. Nobody knows when investor sentiment will suddenly change or a changing world scenario, such as the COVID pandemic, will come into play. However, there are several tools that can help predict what will happen.

On the one hand, the Bollinger Bands are a volatility measurement tool based on a simple moving average and two standard deviations that act as the upper and lower bands. When these bands contract or "squeeze" as in the example above, it suggests that the volatility is low and when the volatility is low, an explosion occurs.

But Bollinger Bands is a volatile short-term forecasting tool, capable of announcing movements for days, weeks and potentially months. However, the VIX, a volatility index based on the expected volatility in the S&P 500, could help predict longer periods of volatility and market turmoil.

The chart below shows the long-term VIX dating back to before the dot com bubble burst. When the VIX rises and bounces above a reading of 16, it usually signals enormous volatility in the markets. The VIX remained elevated for several years, eventually falling into a period of calm once again.

The calm finally came to a shocking conclusion as the VIX hit an all-time high and brought with it the Great Recession and one of the worst phases of the global economy in recent history. The markets were more volatile than ever, but quantitative easing eventually began and the markets finally stabilized.

The VIX became nearly as high as the Great Recession with the onset of COVID, but more stimulus money to the sound of trillions has sent asset prices up to new all-time highs. However, the VIX is now rebounding and resisting a critical level that often leads to a recession or at least several years of extensive market volatility.

Central banks can again try to fight any market crash with more quantitative easing, and as history shows, this can work to sustain markets for longer. But when this balancing act is broken, the markets could be in turmoil for years to come.

This volatility can be hell for investors, but it can be a once-in-a-lifetime opportunity for a trader at his peak. Using the intelligence of PrimeXBT and the trading tools offered by the award-winning platform, anyone can prepare for the coming storm and turn it into profit rather than loss.